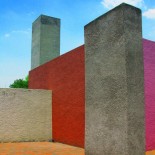 Published by Aperture in 2019 (first edition).

4to, Hardcover with tipped-in plate, more 100 pages with 55 plates

Ethan James Green is a young photographer in his late 20s, originally from Michigan, currently living in New York. After starting off as a model, Ethan decided to become a fashion photographer.

In addition to his work in the fashion industry, Green has also developed a personal interest in portraying a new generation of New Yorkers, who circulate often in the art world and are expanding gender expressions. Green meets them in clubs, fashion shows, and through social media. They are musicians, like Torraine Futurum, dancers, designers, models, and other creative fields.

They represent a community with non-normative gender and sexual identities. In Green’s perspective, this community “is making New York New York again”. “They are what’s important right now”…”it’s their time.”

This entry was posted on April 14, 2019 by New York Photobooks in A humanistic perspective, New York photobooks.